Concentric butterfly valve has the structural features of the valve stem axis, the center of the disc, and the center of the body are of the same line. The structure is simple and easy to manufacture. Normal rubber-lined butterfly valve belongs to this category. The disadvantage is that the valve disc and the valve seat are always in a state of being squeezed, scraped, large in resistance and fast in wear. In order to overcome the extrusion, scratching and sealing performance, the valve seat is basically made of elastic material such as rubber or Teflon, but it is also limited in temperature by use, which is why it is traditionally considered that the butterfly valve can"t resist high-temperature.

To withstand high-temperatures, a hard seal must be used, but leakage occurs in the meantime; To achieve zero leakage, a soft seal must be used, but it is not resistant to high-temperature. In order to overcome the contradiction of the double eccentric butterfly valve, the butterfly valve was subjected to the third eccentricity. The structural feature is that the conical axis of the sealing surface of the disc is deflected to the axis of the body, which means, after the third eccentricity, the sealing section of the valve disc is not eccentric at the axial position of the double eccentric valve stem. In addition, it is not a circle but an ellipse. The shape of its sealing is also asymmetrical, one side is inclined to the center line of the body and the other side is parallel to the center line of the body. The biggest feature of this third eccentricity is that it fundamentally changes the sealing structure, no longer a positional seal but a torsion seal, which means, it does not rely on the elastic deformation of the valve seat, but completely relies on the contact surface pressure of the valve seat to achieve the seal. The effect solves the problem of zero leakage of the metal valve seat in one fell swoop, and the contact surface pressure is proportional to the medium pressure, the high-pressure and high-temperature issue is also solved.

(1) Suitable for both adjusting and cut-off, easy to operate.

The new triple eccentric butterfly valve is designed with a double safety construction. In order to prevent deformation of the disc caused by fluid pressure and temperature, misalignment of the valve stem and engagement of the sealing surface, two independent thrust rings are respectively arranged on the lower side of the disc, thereby ensuring the valve in any working condition. In order to prevent the valve stem from being damaged or blow out, the independent valve stem anti-below out devices are designed both inside and outside of the bottom of valve body.

The biggest characteristic of the triple eccentricity is that the sealing structure is fundamentally changed. It is no longer a positional seal, but a torsion seal, which means it does not rely on the elastic deformation of the valve seat, but completely relies on the contact surface pressure of the valve seat to achieve the sealing. This sealing structure allows the triple eccentric butterfly valves to be hard-sealed at the VI level for true zero leakage. At the same time, due to the selection of the metal seat and the structural characteristics of the face seal, the problem of high-temperature and high-pressure are also solved.

In addition, the triple eccentric butterfly valve is with integral valve body seat. Which is more compact and the valve seat will barely directly contacting the medium. The valve seat will be with less washout, and the influence of minute solid matter in the medium and the sealing surface engagement caused by thermal expansion are effectively prevented. This design makes the service life of valve seat longer. 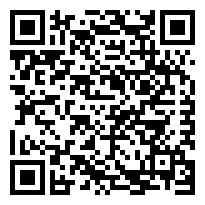