How the gate valve works

Gate valve Opening and closing pieces is the gate, the direction of movement of the gate perpendicular to the direction of the fluid, gate valve can only be open and full, can not be adjusted and throttling. Gate has two sealing surface, the most commonly used mode gate valve two sealing surface formed wedge, wedge angle with the valve parameters, usually 5 °, medium temperature is 2°52 '. Wedge Gate valve Gate can be made into a whole, called rigid gate, can also be made to produce a small amount of deformation of the gate, to improve its technology, to compensate for the angle of the sealing surface in the process of the deviation generated, this gate is called the Elastic Gate plate. When the gate valve is closed, the sealing surface can only rely on the medium pressure to seal, namely relies on the medium pressure to press the gate seal face to the other side of the valve seat to ensure the sealing surface seal, this is self-sealing. Most of the gate valve is the use of forced seal, that is, when the valve is closed, to rely on force to force the gate pressure valve seat, in order to ensure the sealing surface sealing. Gate valve with the valve stem together for linear motion, called the lift bar gate Valve, also known as the bar gate valve. Usually there is a trapezoidal thread on the lift rod, through the nut on the top of the valve and the guide groove on the valve body, the rotary motion becomes a linear motion, that is, the operating torque into the operating thrust. When opening the valve, when the gate lifting height is equal to 1 of the valve diameter: 1 time times, the fluid channel is completely unblocked, but at the time of operation, this position is not monitored. The actual use of the valve stem is the vertex as a sign, that is, the position is not moving, as its full open position. In order to consider the deadlock phenomenon of temperature change, usually at the vertex position, and then back to the 1/2-1 ring, as the position of the open valve. Therefore, the open position of the valve, according to the location of the gate is the trip to determine. 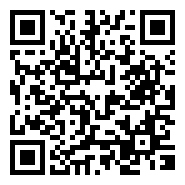